The marketing agency had the bright idea to test his face against his voice to see which ad would perform better. And, I mean, the results were *really* astonishing. The ad without his face performed 117% better.

That’s very surprising for a Hollywood actor. I bet it even hurt his pride a little bit. I’m not famous and it would kill me to find out that people liked me better if they couldn’t see my face!

You would think that such a recognized face would grab a lot more attention than his voice. So, why did this happen?

I think there are two possible reasons. First, the thing that makes him easy-to-recognize is also the reason why people lose focus. They might be focusing on his appearance, instead of his message, since many people find him attractive. 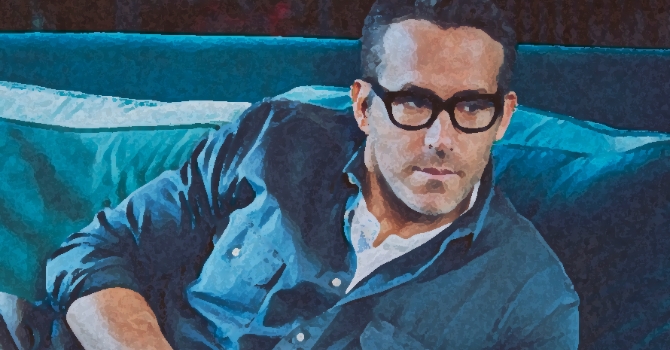 Or maybe it reminds them of a movie with Ryan Reynolds. They start to have feelings about the movie all over again. Maybe they loved it or they thought it was terrible. But the point is, the person watching the ad is no longer paying attention.

Another reason might be that, when people hear a familiar voice but don’t see the face, they become curious.

“Is that really him?” they wonder. “Let me listen closer. What’s he saying?”

They may even click on the ad to confirm whether or not it’s actually Ryan Reynolds. And that’s how they end up clicking and going to the website. (Website traffic was the goal for the campaign, by the way.)

Big props to this marketing agency for having the idea to experiment like this in the first place. For having the curiosity to wonder “what if”. Most marketers wouldn’t even think to remove a famous Hollywood actor’s face from the marketing campaign.

What this proves is that good marketing is doing things differently. It’s not doing the same thing in a different way. It’s about doing something completely different.